Home > Latest Thinking > Alignment of Articles of Association with 2017...
Back to top

Since its launch in July 2018, the Online Single Submission (“OSS”) system, which is now supervised by Indonesia’s Investment Coordinating Board (Badan Koordinasi Penanaman Modal or “BKPM”), has been updated several times to improve the application process for investors and to make the system more efficient.

The various application steps have been streamlined under OSS so that investors no longer have to deal with multiple procedures and government offices. (See our bulletin on the launch of OSS.)

A short-term target for the OSS system is to integrate it with the Legal Entities Administration System (Sistem Administrasi Badan Hukum or “SABH”) administered by the Ministry of Law and Human Rights (“MOLHR”). Since these two systems were created at different times (SABH in the early 2000’s and OSS in 2018), they reference different Indonesian Standard Business Classifications (Klasifikasi Baku Lapangan Usaha Indonesia or “KBLI”) lists. Consequently, when the two systems are integrated, the KBLI codes may not be fully consistent.

By way of background, the KBLI list codifies the various lines of business and details their associated business activities. Each company has its KBLI codes on its business licence. The KBLI list is updated by the government from time to time – most recently in 2017 (“2017 KBLI List”). Revisions to the KBLI list over the years have changed some of the codes. In other words, the code for a particular line of business under a previous KBLI list may differ from the code contained in the 2017 KBLI List.

In October 2018, the government announced that all existing companies had to adjust their KBLI codes, which had been approved by the MOLHR, to be in line with the KBLI 2017 List, so that all lines of business would be coded consistently.

While in practice some companies’ KBLI codes and business descriptions are unlikely to require any adjustment, all companies need to check that the KBLI codes contained in their business licence match the 2017 KBLI List.

If the company’s KBLI codes already align with the 2017 KBLI List, the company should not need to take any action. However, as a technical matter, every company needs to ensure that the online system recognises it has the correct KBLI codes.

WHEN IS THE DEADLINE?

In the 2018 announcement, companies were given 12 months in which to align their AoA, giving them a deadline of 11 October 2019.

In line with the 2018 announcement, failure by a company to adjust its AoA to align with the 2017 KBLI List by the deadline may result in suspension of its company registration number (Nomor Induk Berusaha or “NIB”). The NIB evidences that a company has registered with the OSS, and also serves as the company’s identification for customs and import licence purposes.

We understand there have been discussions between BKPM and other relevant authorities on whether a milder sanction could be applied in practice, since suspension of the business licence would cause significant disruption to a company’s business operations, including any export and import activities.

WHY INDONESIAN COMPANIES SHOULD BE CONCERNED

With the deadline under the 2018 announcement now looming, and with the potential sanction of NIB suspension for companies not adjusting their AoA by the stated deadline, we recommend that all companies ensure their AoA align with the 2017 KBLI List.

Based on our informal discussions with officials, we expect the government to extend the deadline for companies to adjust their AoA by six months, to April 2020. However, as at the time of writing, the government has made no formal announcement of any extension. Companies should therefore ensure that their AoA comply before the 11 October deadline. 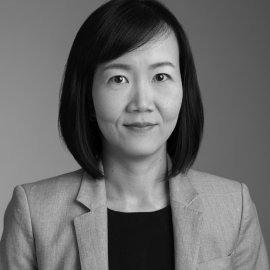 Santi is a founding partner of the firm and advises on foreign investment and corporate affairs.