Home > Latest Thinking > Guide to Impact of Omnibus Law on Indonesia’s...
Back to top

Indonesia’s 2020 Job Creation Law (Omnibus Law) has been heralded for introducing significant reforms in a range of areas, including Indonesia’s laws on investment, employment, immigration, environmental standards, business licensing and building permits. In this note we discuss the potential impact on investors in the energy, resources and infrastructure sectors as part of our continuing series of Omnibus Law Insights.

The first thing to note about the Omnibus Law is that it has not introduced any fundamental reforms to the energy, resources or infrastructure sectors. Accordingly, each of these sectors will continue to be separately regulated:

However, the Omnibus Law generally seeks to streamline and centralise the licensing processes applicable to each of these sectors.

Other than general labour reforms (further details available here), the most significant impact of the Omnibus Law on the energy, resources and infrastructure sectors is through the amendments and potential relaxation of the environmental, forestry and construction regulatory requirements.

In addition to the incentives provided under the recent amendments to the 2009 Mining Law (further details available here), the Omnibus Law provides that mining companies carrying out coal added-value activities (in the form of coal coking, coal liquefaction, coal gasification, and/or coal slurry/coal water mixture) may be exempt from royalty payments. This new incentive is intended to encourage the development of Indonesia’s onshore coal processing sector. Meanwhile, the Omnibus Law expressly states that coal sales are no longer exempt from VAT.

In an attempt to simplify licensing requirements in the sector, all upstream and downstream oil and gas companies are now required to obtain a business licence from the Central Government. This is a particularly welcome change for non-integrated downstream sector business players that were previously required to obtain a number of separate business licences for processing, transportation, storage and wholesale trading.

Some earlier drafts of the Omnibus Law contemplated that SKK Migas would be abolished and replaced with a new state-owned enterprise specifically engaged in the upstream oil gas sector. While the final version of the Omnibus Law does not include this change, the Indonesian Parliament has since indicated that the abolishment of SKK Migas may be included in a revised Oil and Gas Law, discussions on which have been ongoing for several years. In the meantime, SKK Migas will continue in its existing role.

Similar to the oil and gas sector, the Omnibus Law aims to simplify the business licensing requirements for the power sector. The Omnibus Law introduces a single business licence that will be issued by the Central Government for the activities of power supply for the public interest, power supply for own interest, and power supporting services (each of which previously required a separate licence).
Notably, the Omnibus Law seeks to limit the authority of the regional governments to issue business licences and approvals in relation to the electricity sector. However, regional governments will retain some licensing and approval authority in accordance with norms, standards, procedures and criteria stipulated by the Central Government. The exact scope of this regional authority is not yet clear (and the provisions of the Omnibus Law are somewhat contradictory on this point). However, we expect that the relevant implementing regulations will provide further clarity on the authority of the regional governments in relation to licensing for the Indonesian power sector.

The Omnibus Law also introduces several reforms for the direct utilisation of geothermal resources (ie, for non-electricity generating purposes), including removing the requirement to submit periodic reports and work plans and budgets, and removing all royalty obligations.

The business licensing reforms contained throughout the Omnibus Law also apply to the infrastructure sector. In general, this has been achieved by replacing the requirement to obtain several specific licences with a single business licence issued by the Central Government. Under the Omnibus Law:

Promotion and Development of Micro and Small-scale Enterprises

One example is the Aviation Law, which has been amended by the Omnibus Law to remove the requirement for majority local ownership of airport service businesses. This reform opens up the possibility for the Indonesian Government to increase the maximum foreign ownership of companies engaged in airport service businesses in Indonesia and potentially attract more foreign investors to Indonesian airport projects.

Under the previous regulatory regime, all Indonesian business entities were required to:

Under the Omnibus Law, the requirement to obtain a separate environmental licence (izin lingkungan) has been removed, and a separate SPPL is no longer required (as this will be part of the company’s business identity number).

Instead, an Indonesian business entity will only be required to:

In addition, the Omnibus Law removes the ability for regional governments to issue various environment-related licences (including waste dumping and B38 waste management approvals), which may now be issued by the Central Government on an integrated basis. Further, regional governments will no longer have the authority to determine the list of activities that are subject to a UKL-UPL, as that will be regulated solely by the Central Government.

The Omnibus Law continues to require business licence holders to deposit guarantee funds for the purposes of environmental restoration. However, now only the Central Government is authorised to appoint the government bank to receive the guarantee funds and to determine which third party can utilise those funds for environmental restoration. To date, this statutory environment guarantee fund requirement has not been implemented in practice due to a lack of implementing regulations. However, there is now some prospect that these obligations will finally be implemented and enforced by the Indonesian Government through implementing regulations of the Omnibus Law.

Clearly, extensive public participation in the AMDAL process will continue to be important for all major energy, resources and infrastructure projects, and project developers should continue to ensure that all those directly affected are appropriately involved in this process. Investors should welcome these changes as limiting the scope for third parties to engage in frivolous or vexatious actions to interfere with or delay the AMDAL process.

To simplify the forestry licensing arrangements, anyone engaging in forestry-related business activities such as logging must now obtain a business licence from the Central Government. This single licence will replace the various forestry business licences that currently exist. Forestry businesses will also no longer be required to maintain a forestry performance guarantee fund.

Borrow and Use Permits

Energy, resources and infrastructure companies seeking to carry out business activities within a protected or production forestry area previously had to obtain a borrow and use permit (izin pinjam pakai) from the relevant regulatory authority.

Under the Omnibus Law, the Central Government is now authorised to stipulate the forestry areas that must be protected and maintained (including in regions where national strategic projects are located), in accordance with the physical and geographic conditions of the relevant rivershed area and/or island. As a result, forest areas no longer have to constitute at least 30 percent of the rivershed area or island. Instead, this will now be assessed on a case-by-case basis.

In another change, the Central Government no longer has to obtain parliamentary approval to grant forestry borrow and use arrangements which have a significant impact, broad coverage and strategic value.

These reforms give the Central Government greater flexibility to manage and control forestry areas in Indonesia, including to accommodate energy, resources and infrastructure project developments.

Notably, the Omnibus Law shifts licensing authority from the MOPW9 directly to the Central Government itself. While the significance of this change is not yet clear, it is hoped that the implementing regulations will clarify that licensing for the construction industry will become integrated with the Central Government’s OSS system.

Unfortunately, the rumoured significant reforms to simplify the requirements to obtain a Building Construction Permit (Izin Mendirikan Bangunan or IMB) have not made it into the final version of the Omnibus Law. We therefore expect that the IMB requirements for the energy, resources and infrastructure sectors will remain largely the same, noting that the IMB reforms which are included in the Omnibus Law are largely limited to apartment and housing construction.

Notwithstanding these reforms, the Central Government continues to be responsible for the procurement system for Indonesian construction companies, meaning that more detailed procurement procedures could be set out in future implementing regulations.

The Omnibus Law removes all the requirements (and corresponding sanctions) in relation to the use of foreign construction workers. As a result, the employment of foreign construction workers in Indonesia should no longer be subject to any additional restrictions or requirements, such that these workers can be employed in the same way as other foreign workers in Indonesia. However, new sanctions will apply to construction experts (local or foreign) that fail to comply with the specified performance standards.

Further details on the labour reforms under the Omnibus Law (including the employment of foreign workers) can be found here.

1  After the Omnibus Law was passed by Indonesia’s parliament on 5 October 2020, several versions of the law circulated online and, at the time of publication, the final version had yet to be formally issued. One of these versions states that BPH Migas will now be required to obtain MEMR approval for the purpose of determining and stipulating the tariff for gas transportation through pipelines, which may cause further delays to the tariff determination process. However, media reports later suggested that this provision would not be included in the final version of the Omnibus Law.
2  MEMR is the Indonesian Minister/Ministry of Energy and Mineral Resources.
3  SKK Migas is the Indonesian Upstream Oil and Gas Regulatory Special Task Force (Satuan Kerja Khusus Pelaksana Kegiatan Usaha Hulu Minyak dan Gas Bumi).
4  MMAF is the Indonesian Minister/Ministry of Maritime Affairs and Fisheries.
5  MOEF is the Indonesian Minister/Ministry of Environment and Forestry.
6  The prioritisation requirement for toll road rest and service areas applies to micro and small-scale enterprises as well as medium-scale enterprises and includes toll roads already in operation as well as those in development.
7  Where the AMDAL is issued by a regional government, it is not entirely clear whether the AMDAL would also need to be approved by the Central Government. We expect further clarity on this issue from the relevant implementing regulations.
8  B3 is the Indonesian abbreviation for hazardous and toxic materials (bahan berbahaya dan beracun).
9  MOPW is the Indonesian Minister/Ministry of Public Works and Housing. 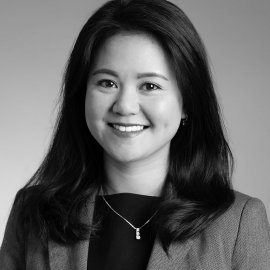